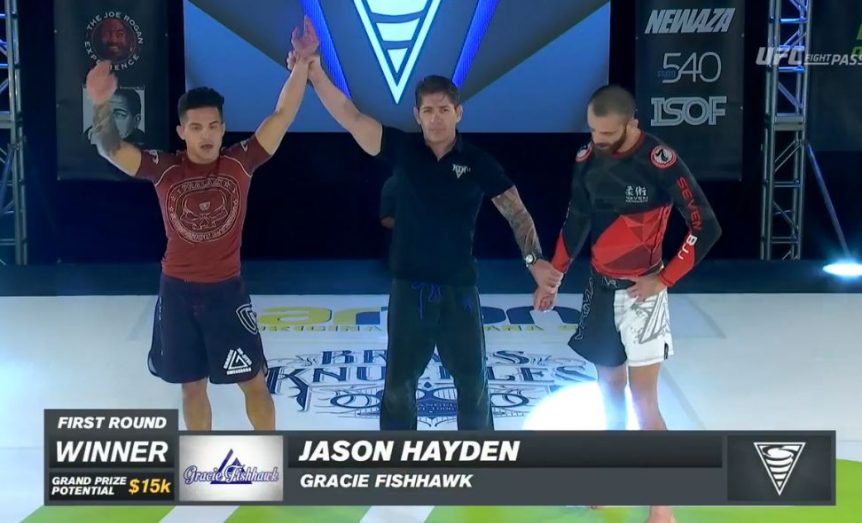 Another great showing at EBI 15 by our own Jason Hayden. After winning his first round he lost to Jon Calestine who ultimately won the whole thing. In an interview after the event Calestine had some nice comments about Jason.

In a post-event phone interview with the Jiu-Jitsu Times, Calestine described the opportunity to compete against his opponents as an “honor.” “Jason [Hayden] beat me at Sapateiro. He is, without a doubt, one of the best in the world at his weight. Without a doubt,” he said. “It was incredible to be able to compete in the same bracket with him and all those other guys — Mike Davila, John Battle — all those guys that I’ve basically come up with over the years. They’re all great.”